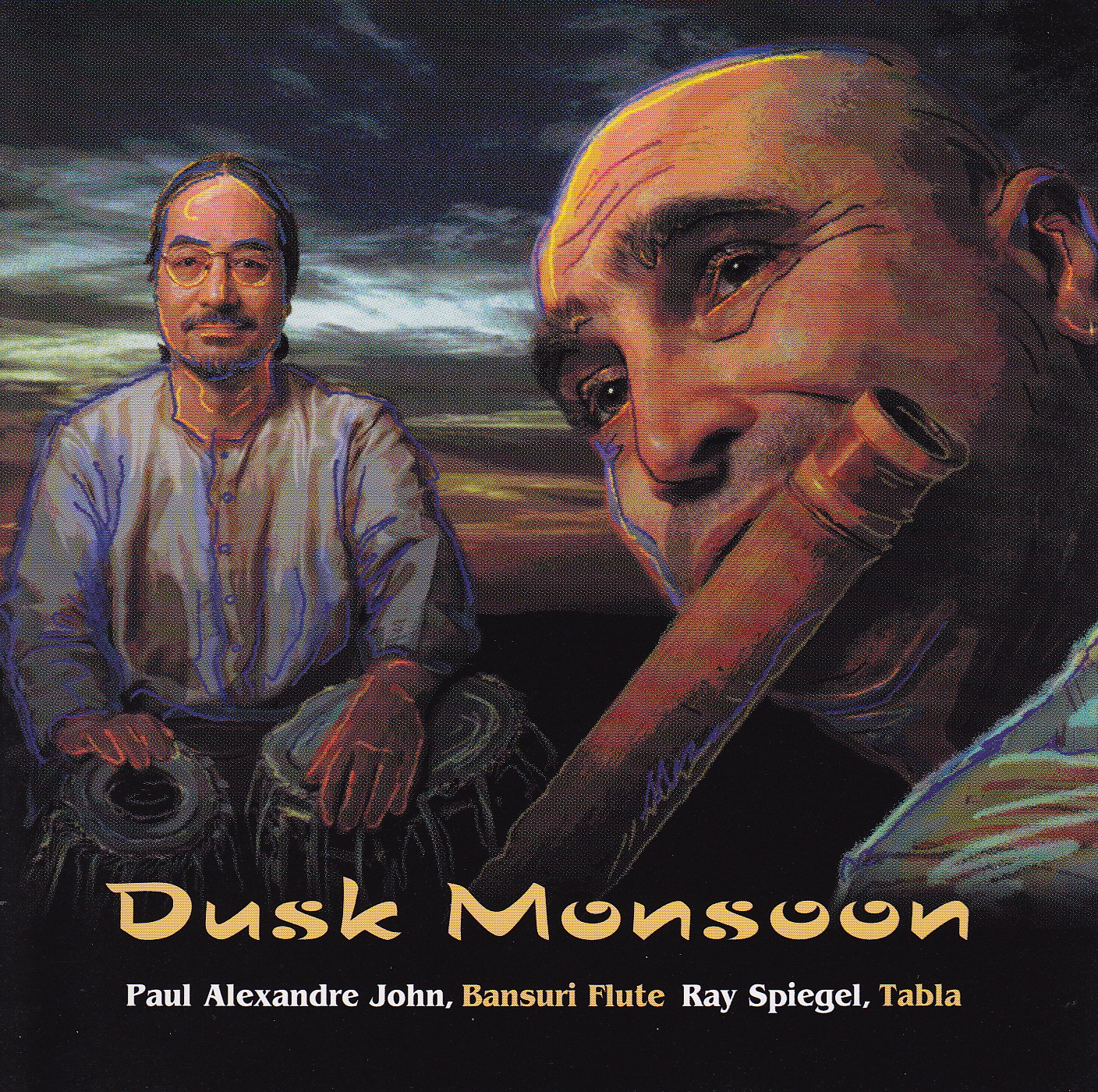 Paul Alexandre John-Bansuri – (bamboo) flute
Paul Alexandre John was born in Calcutta, India to Armenian immigrant parents. While growing up, he absorbed the sights and sounds of that most artistic of Indian cities. He was drawn to the sound of the Raga; India’s unique and complex system of classical music. Paul studied from the Bansuri master, Sri Gour Goswami and was a favorite student, getting special lessons at the home of his guru. Paul absorbed an immense amount of knowledge from his studies and still practices relentlessly at his home in Maine. Paul is also an accomplished artist/painter who’s beautiful painting is included in this CD package.
Ray Spiegel plays tabla on this recording. Ray has learned from the famous tabla maestros, Ustad Alla Rakha and Ustad Zakir Hussain of the Punjab Gharana, (tradition of tabla drumming). Ray began his formal training in 1971 under Sri. B. S. Ramanna of Hydrabad, India. He toured India in that year with John Cooper’s East-West Chamber Ensemble, concertizing in Bombay, Madras, Calcutta, and New Delhi, and stayed on in Delhi to study for one year. He has since been back to India more than ten times for further study and concerts and recordings.

Order the CD here: Alternatively, you may order from GooglePlay or CDBaby.
Follow Ray Spiegel