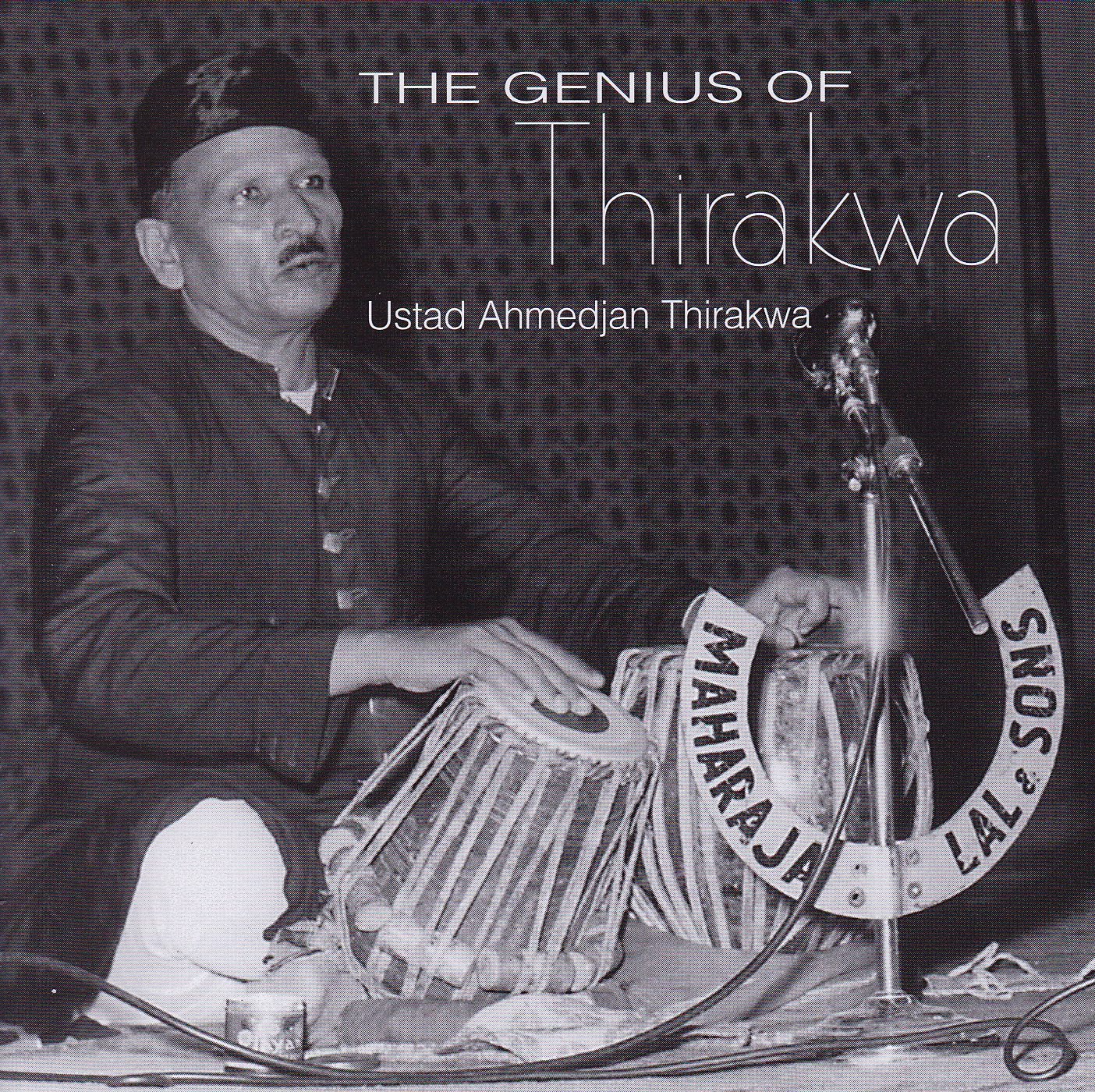 The Genius of Thirakwa has been released by the Simla House label in 2006. The Genius of Thirakwa  is a compilation of tabla solos by the maestro of tabla recorded at the height of his powers. There are sixteen tracks in all, fourteen of them tabla solos and two featuring Pandit V.G. Jog on violin with Ustad Thirakwa accompanying on tabla. All the tracks are about three minutes in length, which was the limit of the technology of the time. The musical content of what this man did in three minutes is simply astounding and has to be heard to be believed!

Simla House has gone to extraordinary lengths to bring out the best sound possible in these archival recordings. Master engineer Ken Robertson of Sony Studios, New York put great effort into getting the full spectrum of fidelity from the original masters. Exceedingly precise digital transfers were followed by three separate sessions of sound equalization using the famous and secretive Cedar Processing under the supervision of Ray Spiegel with assistance from Melanie Richeson of Simla House.

The Genius of Thirakwa – inside photo

Ustad Ahmedjan Thirakwa Khansahib passed away in 1976. His death was mourned by throngs of musicians and devoted listeners in India. His music, and life are remembered as a treasure bestowed upon kings and the common man alike. For those of us who were lucky enough to have heard the Ustad in his lifetime and the rest of us who only have heard about him and what little recorded material is available, we hope this recording will rekindle those memories and inspire a new generation of people worldwide who believe, as Swami Vivekananda said, “Music is the highest art, and to those who understand, is the highest worship.”

Order the CD here: Alternatively, you may download the MP3 album from GooglePlay or from CDBaby.com,
Follow Ray Spiegel